Right after the Korean War broke out in 1950, preventive detention swept across Korea and Jeju was no exception. People who were identified as targets of preventive detention were dragged by soldiers and killed. Around 374 villagers from Hanrim, Hangyeong, Daejeong, and Andeok were identified as targets of preventive detention and among them, 150 people were detained in a storage in Daejeong. On 20 August 1950, these 150 people were killed at Seodal Oreum. Victims were loaded into trucks and they dropped their shoes behind so that families could follow the shoes and find their dead bodies. 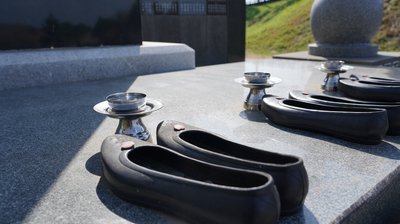 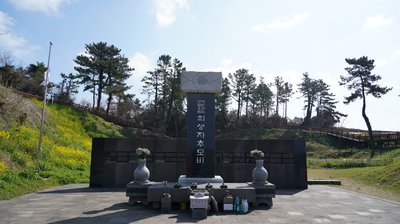 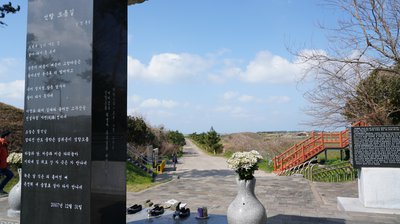 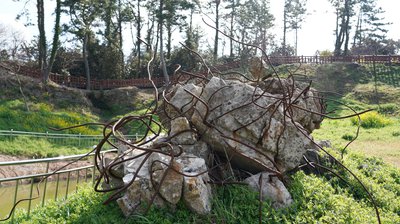 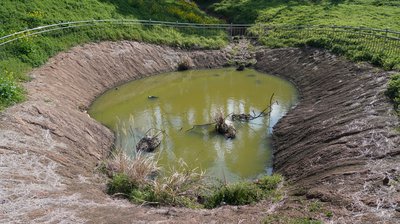